Delivered at the United Against Hate Walk in Los Gatos, CA on November 14, 2021

I’m scared to say my father was born
in Syria, survived bombings in Palestine,
and immigrated as a refugee.

I’m scared to say refugee or Palestine
because when I say either word, people smile
at me differently or don’t smile at all.

I’m scared to speak of my Armenian grandparents
who lost their siblings, parents, homes,
childhoods, because of a Genocide.

I’m scared to mention my grandfather
orphaned on the streets of a Turkish village,
so young he never learned his birthday or last name.

My four-year-old knows his birthday and last name.

Asleep in his Daniel Tiger bed, he is unaware
hate is next door, at the table eating pepperoni pizza,
or behind him in line for a hot chocolate.

My son hasn’t learned that hatred kills,
but when he does, I will urge him to fight
against the thing that scares him the most.

I will remind him that if more people said,
this is wrong, their words could have shattered
the annihilation of peoples.

And I imagine if he asked my late grandparents,
can one voice stop hatred, they would gather him
in his orange pumpkin pajamas and whisper
in Armenian, if you’re lucky enough
to have a voice, you better use it.

Thank you to all of our partners and the over 2,000 community members who came together on November 14, 2021 to unite against hate and walk for love and peace in Los Gatos. We are committed to diversity and inclusivity and we are stronger together. 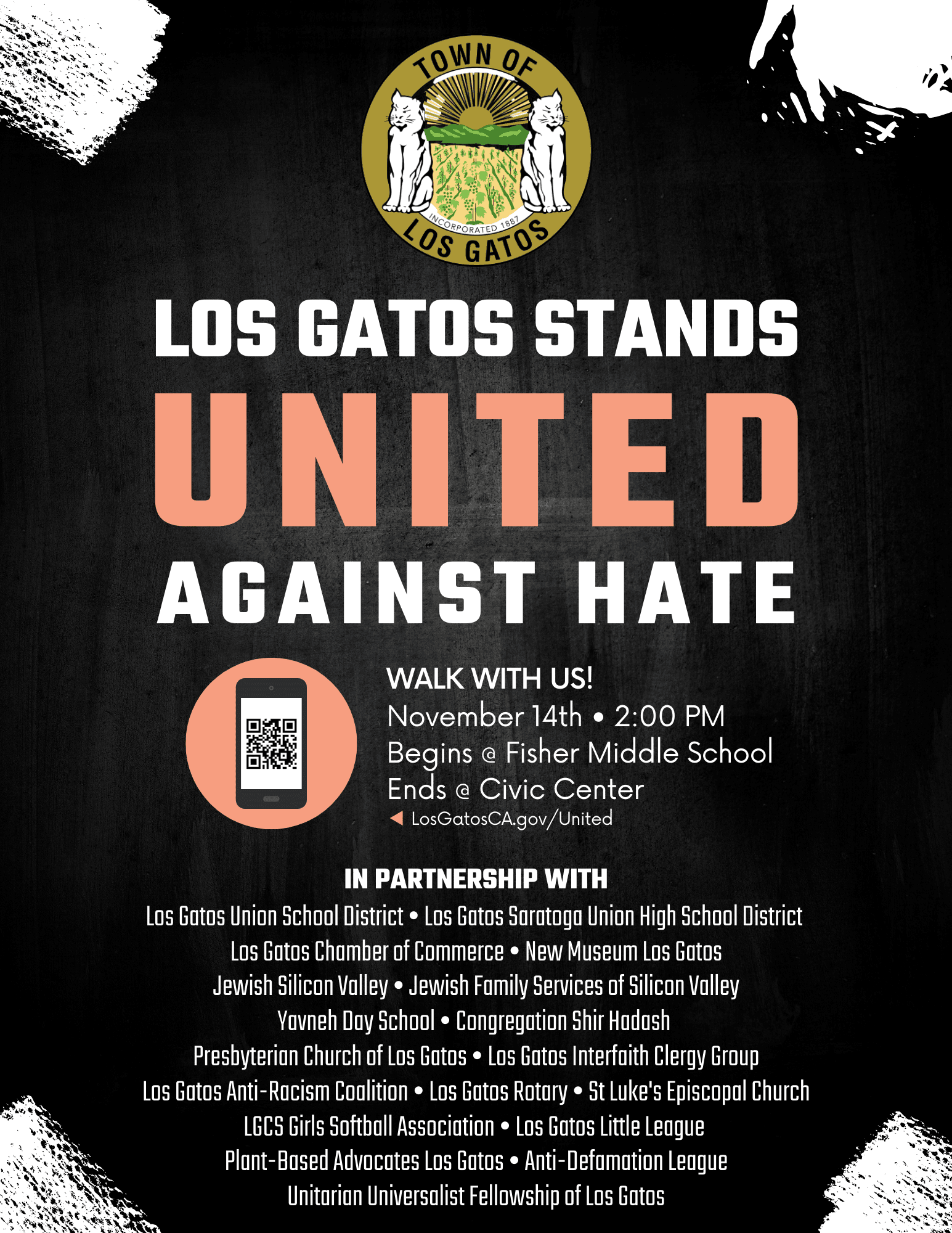